I Received My Recommended Decision, What Now?

I Received my Recommended Decision, Now What?

The process of filing for your EEOICPA benefits (aka “White Card”) can be an exceptionally long process for some. Some claimants will go the route of asking the local Resource Center for assistance with their claim which is the route to go in some instances. Others will go the route of hiring an Authorized Representative, and they will pay the percentage fee that is agreed upon for that service. Lastly, claimants will go the route of doing as much of the work themselves which can be daunting. The end goal is to get approved, but before final approval you will end up with what is called a Recommended Decision. When a claim is initially filed, the claim is assigned to a Claims Examiner. After all evidence is presented to the Claims Examiner within the allotted timeframe, they will make their Recommended Decision (RD) for either approval or denial of benefits.

It is important to understand that the RD is not your Final Decision though. After the Recommended Decision is issued, your claim is sent to the Final Adjudication Branch who then has several options when issuing their Final Decision. Remember, that once the Final Adjudication Branch (FAB) has your claim, your Claims Examiner has no control over the claim. Any discussion that takes place at that point must be with the FAB. We will discuss the 4 main things that more than likely will happen upon receiving a Recommended Decision for Acceptance or Denial of your EEOICPA claim.

If your claim was recommended for approval, then the first and best option would be for the Final Adjudication Branch (FAB) to issue a Final Decision for approval. The FAB reviews all evidence on record and the Recommended Decision reasoning. It is important to understand that just because you received an approval on your Recommended Decision letter, you are not guaranteed an approval on your Final Decision. If the Recommended Decision was submitted by the District Office for acceptance and a review by the FAB concludes that it was correct, the FAB will issue the Final Decision awarding the claimant full benefits that are prorated back to the date of initial filing. It is exciting to get to this point. We have seen approval is as little as days, but we have seen a claim drag out for about 18 years by the time we offered our assistance.

To receive a denial on your Final Decision, you would more than likely have had a denial on your Recommended Decision. There are numerous causes for why you received that initial denial. Claimants may have missed or not submitted the appropriate medical evidence, or the evidence that was provided did not support your claimed medical condition. I have seen missing employment verification even though the worker claimed to be on the work site for a specific period of time. Claimants may have not been able to get a physician to write a letter in support of their claim. These are common reasons that claims are denied. Though you are allowed to file objections on final decisions, you must provide evidence that is beneficial to your claim.

I have seen claims that were a simple fix, and we were able to get the claim approved. We have also seen diagnoses that should not be filed in the first place. It is important to reach out to Atomic Home Health for FREE assistance through our Liaison services. We will look through your medical records and any past Department of Labor EEOICPA paperwork to help determine if your claim should be submitted or re-submitted for a prior denial.

Our agency has seen three separate Remand Order over the last 6 months. I believe two of those were poor decisions made by the Claims Examiners. The first claims examiner pushed through a condition that the claimant did not believe had sufficient medical evidence to warrant a Recommended Decision at that time. The second claims examiner did not follow their own procedure manual when making their RD. After this second claim got remanded, the claims examiner has since sent out another RD for approval of that condition. So, it is important to understand that errors can be made by either party in the filing process.

The most recent Remand Order was due to miscommunication on the EN-16 form when it came to L&I compensation (Ch. 26.4.d). Due to there being “new evidence”, the FAB remanded the claim back to the District Office. Unfortunately, the claimant had not received State Workers Compensation, but it was a physician’s bill that had been paid by L&I. Everything was sorted out, and his claim looks to be heading towards acceptance now.

A Recommended Decision (RD) can be reversed by the Final Adjudication Branch if evidence shows that the RD denial was in error or new and compelling evidence is warranted in overturning that decision. The reversal would allow for acceptance of the claim for approval. The reversal is only for previously denied claims (Ch. 26.2.d.2). The Procedure Manual states, “A decision reversing the RD is used only where a denial is reversed to accept benefits. The FAB may not issue a reversal to deny benefits.”

This was the route we took with one of our claimants who was given a Recommended Decision for denial. The Claims Examiner was in error according to her procedure manual to issue that decision, but because it was issued, she was no longer allowed to work on it. The claim had already been transferred to the Final Adjudication Branch (FAB). Calls were placed to the FAB and evidence was given in support of the client’s claim that would warrant a Reversal of the RD. The Recommended Decision was overturned, and the claimant was awarded their EEOICP benefits.

If you are looking to file an EEOICPA claim or have a previous denial, please reach to your locally owned, locally operated Department of Labor home health provider Atomic Home Health. We are more than a home health agency. Atomic Home Health looks to maximize your “White Card” benefits, and our liaison services are free to our clients.

Within the past 2 weeks of this blog post, we have gotten three of our clients white cards and another one received a Recommended Decision for approval. Please contact Atomic Home Health today for free assistance with your claim.

Learn More About How Atomic Home Health Can Help You! 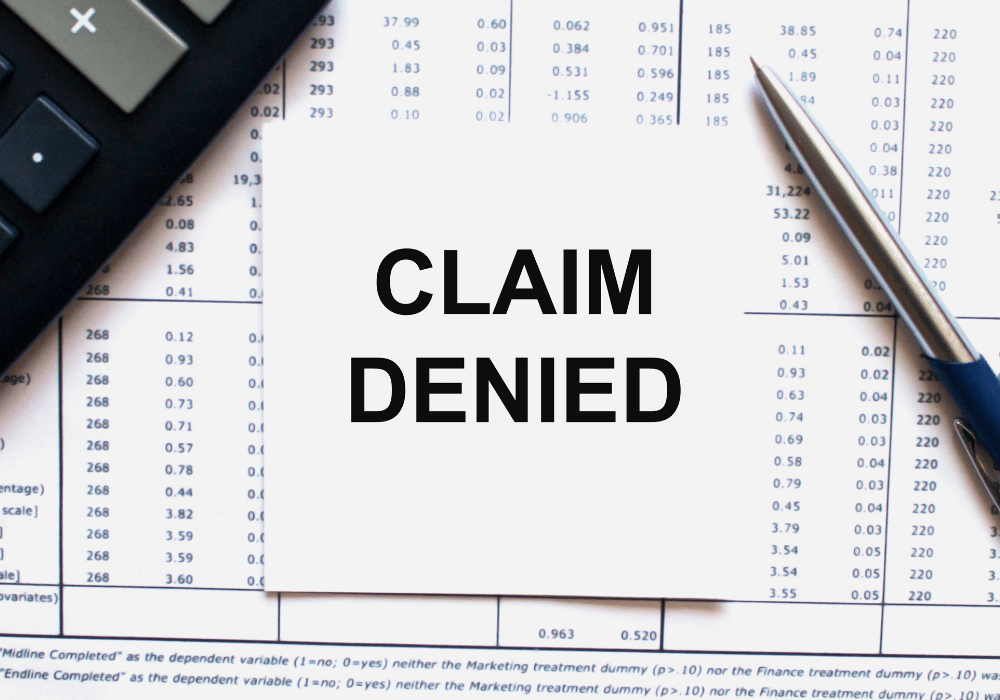 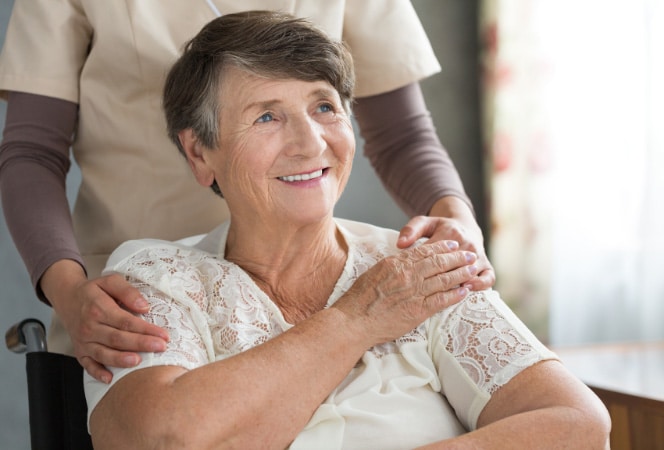 EEOICPA: Is My Illness Covered? 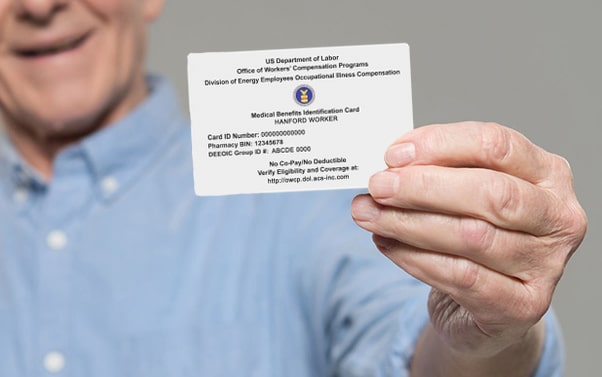 What is the EEOICPA White Card?